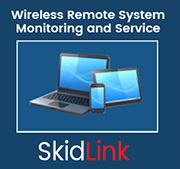 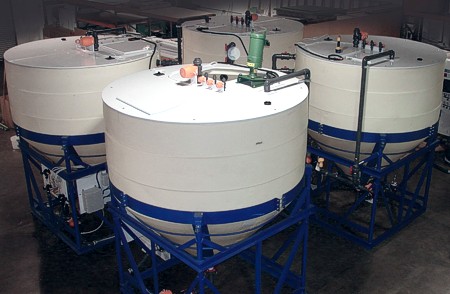 Wastech designs large OMEGA acid waste neutralization systems from 100 to 500 gpm in addition to its smaller skid-mounted OMEGA systems, which are rated from 10 to 100 gpm.

Neutralization requires the addition of a reagent (acid or caustic), adequate mixing, and retention time to allow the chemical reaction. Batch systems will incorporate actuated valves and level switches to control the process starting when the tank is full, and emptying when the pH is within the discharge range. More common are continuous systems where flow rates and reaction time will determine the size of the tank and the flow path. Large continuous systems often utilize two or three stages, where the pH controller will inject chemicals in each stage. The first stage acts as a coarse adjustment, the second and third stages as polishing stages. With larger tanks, surge volumes of 25% to 30% of normal flow may require two levels within the tanks with overflows. Neutralization is often the final step before discharging to the sewer. Neutralization can also be a process step to precipitate and settle out heavy metals such as iron, zinc, copper and chromium. Insoluble metal hydroxides are formed at a pH up to 10. Sludge is formed and separated before a final pH adjustment is made to within the discharge limits.Neutralization demands an engineered solution. Wastech will offer a complete package with quality components, automated controls, and custom software.